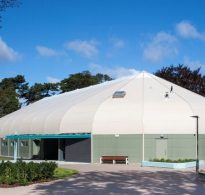 Golf
The Blackrock College Golf Team continue to build on past success under the watchful eye of Mr Toirleac O’Brien.  The two senior competitions include The Leinster Stroke Play Qualifier and Fourball Match Play.

Rowing
Rowing has become a well established sport within the College sports programme.  Coached by Ms Laura Gannon the Junior and Senior Squads train 4 times a week and compete in competitions nationwide.

Rugby
Blackrock College continues to pride itself upon its strong rugby traditions.  Winners of the Leinster Senior Cup on 68 occasions, Blackrock is one of the world’s great rugby nurseries. All boys are encouraged, particularly in First and Second Year, to play rugby at whatever level of ability.

Soccer
The Senior Soccer Squad is coached by Mr Evan O’Brien and trains on every Monday, Tuesday and Thursday.  6th and 5th Years are eligible for the Senior Squad in the first term.  They compete in the Leinster Cup and Metropolitan League.  After Christmas the Squad is opened up to 4th years and two teams are entered in the Millennium League.

Table Tennis
Table Tennis in Blackrock College continues to thrive led by Mr Richard Butler.  The College train across all age groups and compete regularly in both Leinster and All-Ireland Competitions.

Water Polo
Coached by Mr Kevin Healy, College Water Polo continues to be a popular activity with success at regional and national level.