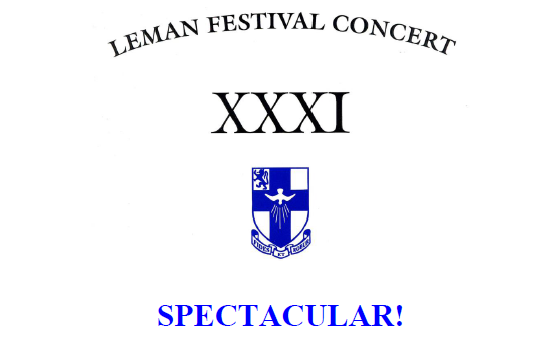 Once again, it was a very special, uplifting night for Blackrock at the National Concert Hall last evening Sunday, 5th February.

The theme was change – “A Change is gonna come” – but the one constancy, indeed certainty, is the standard of excellence within our Arts Programme. As Ms. O’Connor wrote in her programme notes, “Blackrock College has always been recognised as an institution for the Arts, its essence and spirit realised each year in the Leman Concert”.

This was a spectacular evening as the Orchestra, Bands, Groups, Duets and Soloists royally entertained the audience with their interpretation of classical, contemporary and traditional music. I congratulate and thank the performers past and present, MCs, Crew and, of course, my colleagues who made it possible – Ms. O’Connor, Mr. Cavanagh, Mr. Grumley-Traynor, Mr. McDonald, Mr. Swan, Mr Toirleac O’Brien, Mr. Cleary, Mr Maher, Mr. Sullivan and Mr Tom Ryan.